Mexican 1000 postponed until October 3-10. Dates mentioned in this release have been changed. 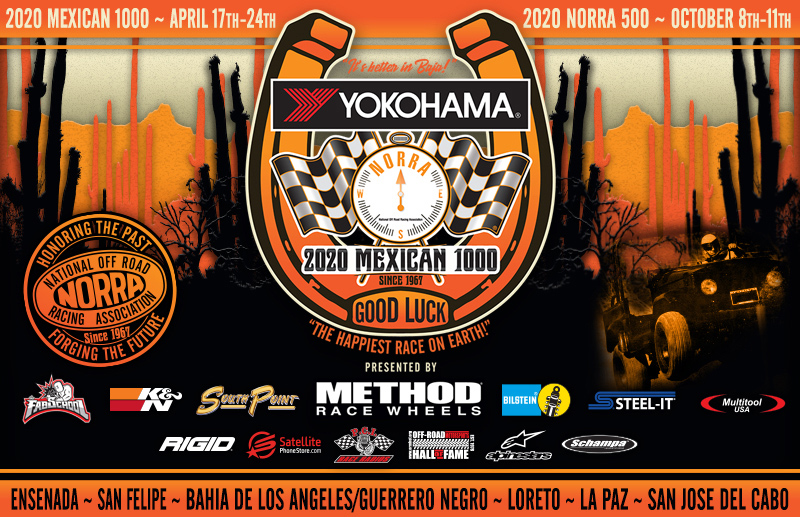 Agua Dulce, CALIF. – Yokohama Tire is at the very top of NORRA Mexican 1000 sponsors. As the title sponsor of the Mexican 1000, they get top billing. They also get top results. Many of the most prolific front-runners at the Mexican 1000 are on Yokohama tires. The winningest team at NORRA is the 1968 Ford Bronco of Boyd Jaynes named Caballo Del Diablo. Boyd, and co-driver Brian Godfrey have won the Pioneer 4x4 class an amazing 7 times. In offroad racing, flat tires are inevitable. You can’t bully your way through the toughest terrain in Baja without a puncture now and then; the rocks are never ending. However, Boyd has not suffered a single flat in the last 2 years. His Yokohama tires have been perfect. 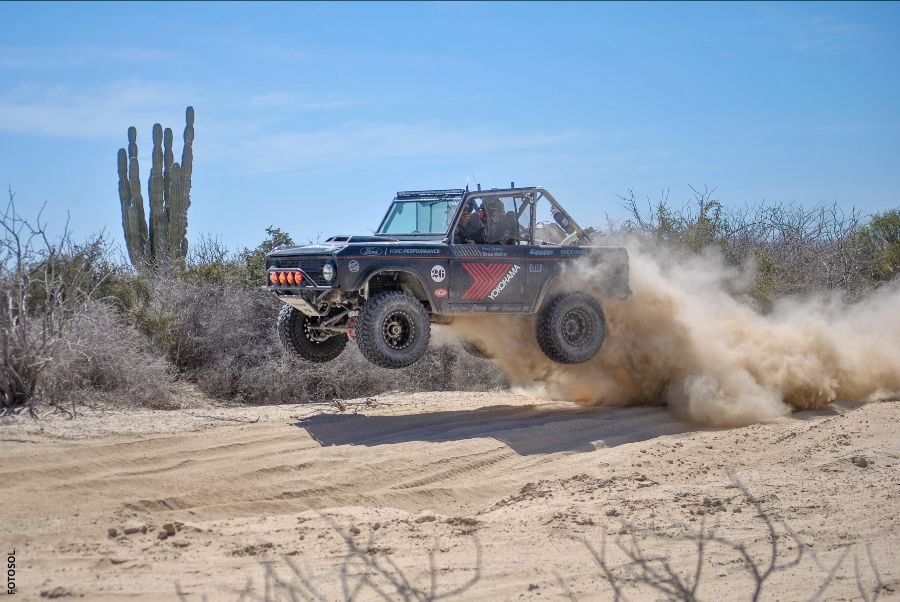 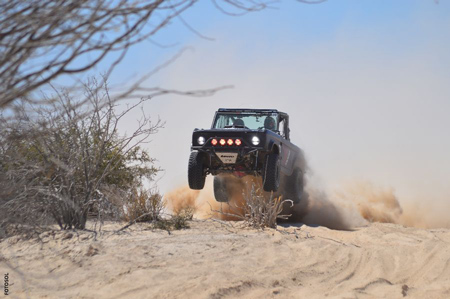 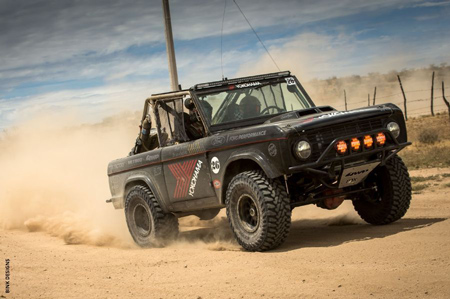 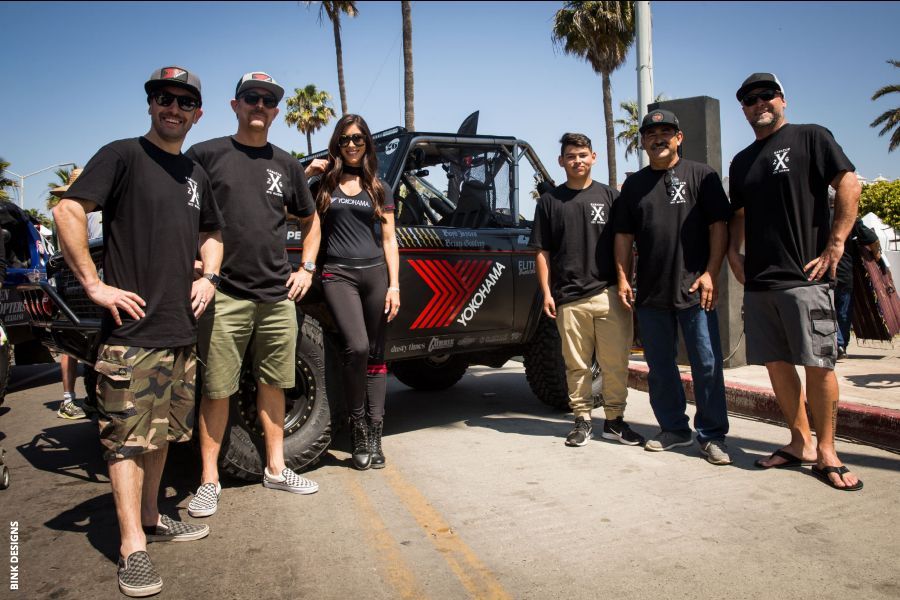 If you think Boyd’s incredible success on Yokohama tires is a fluke, it’s not. Robert Lawrence has the same streak going on his 1977 Chenowth 1000 racing in the Legend Buggies class. Like Boyd, Robert is not just driving along in his vintage race car. He is always pushing his car hard to run out front. His car has a long history of racing. It competed in the desert from 1977 to 1981. Then it was converted to a short course car, and raced in Texas for several years. The car was eventually disassembled and sat motionless on a car lift. Despite being in pieces, the car’s original parts were all there when Robert purchased the car. He took it to his Uncle Dave Tilton who has worked at Bud Feldkamp’s shop for many years. There they rebuilt the entire car for the desert using as many period correct parts as possible. One of the modern parts used was a new Harmon fuel cell. They stuffed the biggest fuel cell possible in the car in order to run as far as possible during a race to cut down on fuel stops. The first sponsor Robert got for the car was Yokohama. Yokohama occupies a rare position because they have been at the forefront of offroad racing for so long. Their tires are both era correct, and have the latest tire technology built into them. 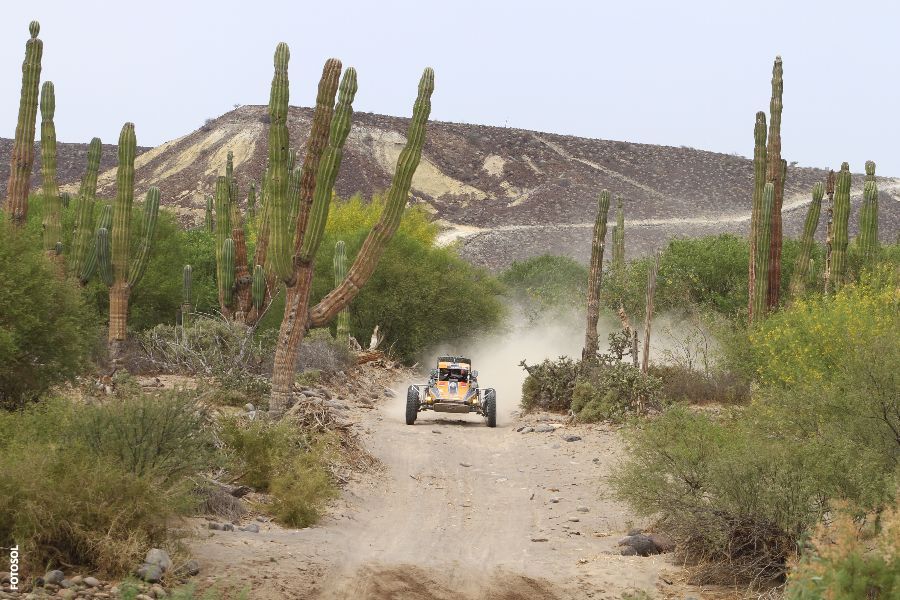 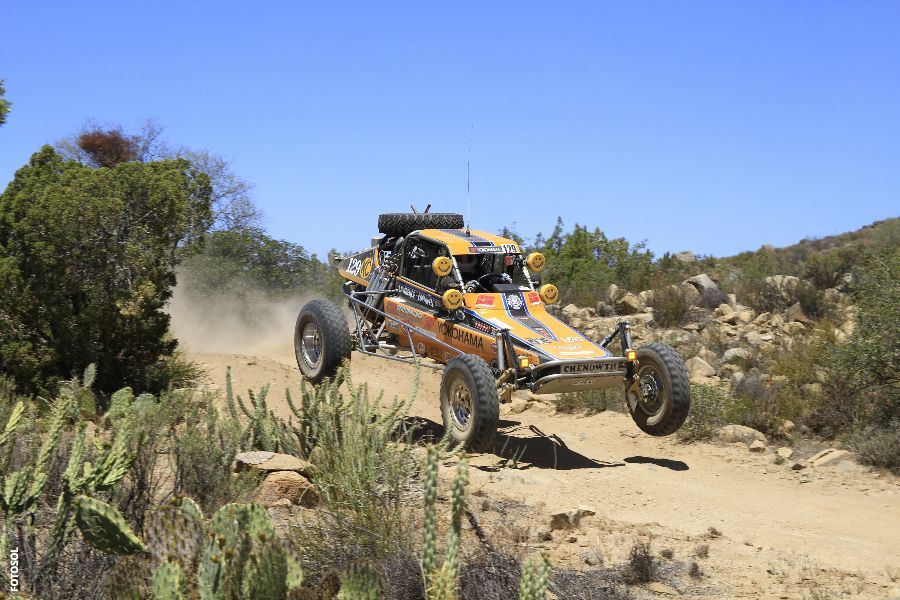 “Our only complaint about our Yokohama tires are that the front tires just don’t wear out,” says Robert. “We have a bunch of front tires sitting around because we never have to change them. Maybe we can trade some fronts in for more rear tires.” The rear tires wear faster due to the wheel spin that takes place under full throttle. Despite the single seat car’s diminutive size, it’s still capable of incredible speeds in the dirt. The 2332cc air cooled type 1 Volkswagen engine propels the car to over 100 miles per hour when terrain permits. The power to weight ratio on such a light car makes it a blast to drive. Even the vintage wing fitted to the car does not slow it down; in fact it provides much needed stability at high speeds. Everyone loves the look of the wing on the car, but it actually provides the aerodynamic down force needed to keep the car stable at the limits. 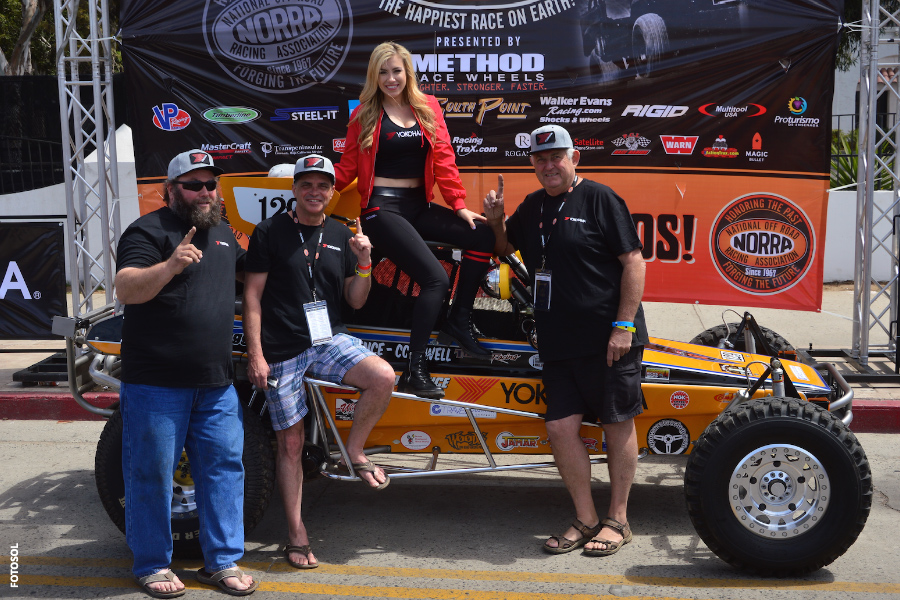 Of course, all that is meaningless without the traction, and directional control provided by his Yokohama tires. They are responsible for the acceleration, steering, and braking performance that keeps the car out front. Regardless if you are racing a vintage Chenowth like Robert, An equally classic Ford Bronco like Boyd, a turbocharged UTV like Wayne and Kristen Matlock, or the unlimited Trophy Truck of newest Yokohama racer Justin Lofton, you will be riding on consistent, race winning technology. Yokohama honors the past, while forging the future; just like NORRA. 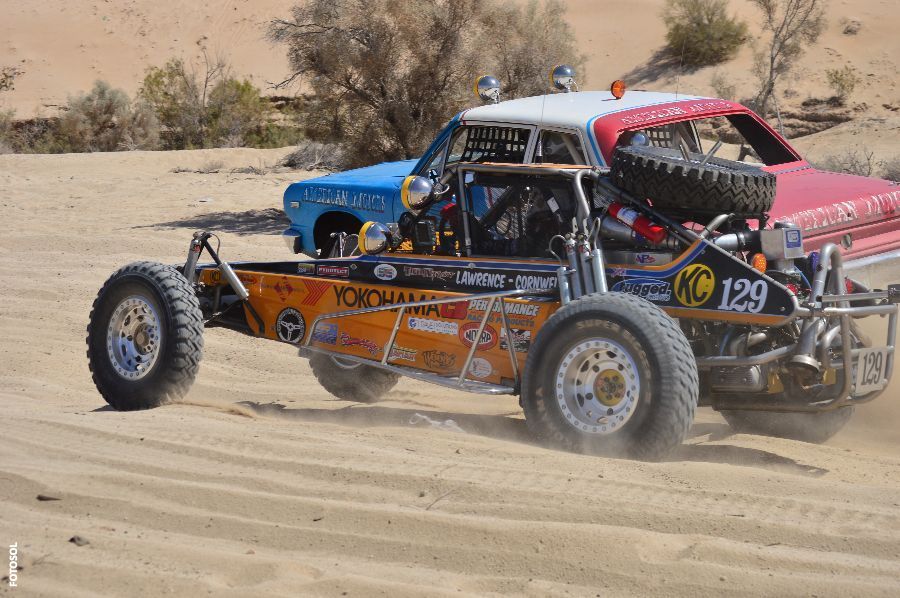 Known as “The Happiest Race On Earth!” The NORRA Mexican 1000 is entirely about having fun and creating memories that will last a lifetime. Competitors experience the most stunningly beautiful Baja scenery as they make their way down the entire length of the Baja Peninsula. After each day of racing, there is enough free time to experience a different location in Baja with your friends and family. Each overnight stop has its own unique charm and character. There is no better way to experience Baja than at the Mexican 1000, and it’s open to just about anything with 2 or 4 wheels. They even have a safari class that allows street legal vehicles, and follows the route at a more relaxed pace. Led by Baja regulars, and racing legends, the Safari class is a guided tour that will turn anyone into a Baja veteran. Go to www.norra.com to find out how you can join in on all the fun. Don’t wait, registration for the NORRA Mexican 1000 is open now. The event takes place Friday, April 17th to Friday, April 24th. 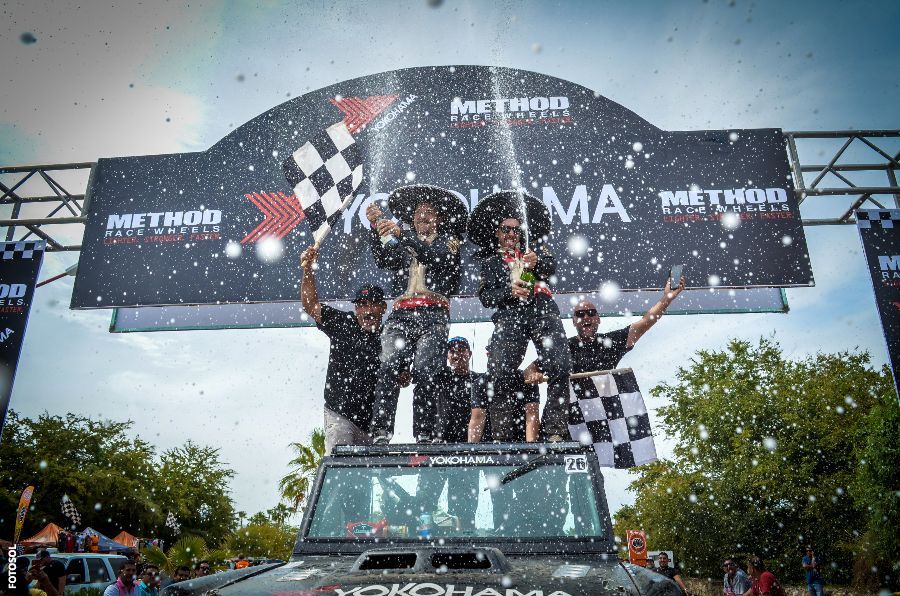